Vice-President Yemi Osinbajo has disclosed that the ruling All Progressives Congress, (APC), remains committed to the welfare of the common man. 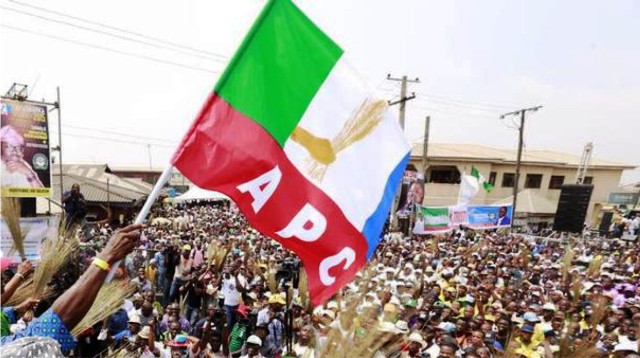 Osinbajo, according to a release issued yesterday by his Media Assistant, Laolu Akande, made this disclosure when he played host to a delegation of the APC Professionals Forum, at the State House, Abuja.

The vice-president attributed this to the party being that of the people and will continually ensure that the common man benefits maximally from the government.

Reminiscing on the party’s formation about nine years ago, the vice-president noted that APC has made an impact and is determined to improve the well-being of Nigerians.

He added that the party is also where many young people are stressing that “we are the ruling party in Africa’s largest democracy which by itself is a phenomenal achievement for such a young party.

“But you’ll find that in the particular ideological direction of our party, it’s one that it was clear to the original founders of the party, the initial persons and groups that came together to form the party and they came from different parties, but it was to present a left of centre, a social democratic alternative to the ruling party”.

Osinbajo further stated that the APC is determined to ensure the country’s further growth and development, noting that the party carries with it, the hopes and expectations of millions of Nigerians.

“The party is not a mere platform for running for political office, it carries with it the hopes and expectations of millions of Nigerians, and we must make it a place where they are comfortable, a place where they feel this belongs to us. We can even put our resources into it; it is not just for politicians; it is for us all”, he said.

The vice-president further said that leaders and politicians are there to serve the people and give them reasons to believe in a better country.

Acknowledging the significance of the APC Professionals Forum in the scheme of things, Osinbajo urged the Forum to play more important roles in shaping the party’s ideology.

The vice-president stressed that professionals are integral to ensuring the party stays focused on the wellbeing of Nigerians and its ideals, as stated in the constitution and manifesto respectively.

Osinbajo further hoped that the APC Professionals Forum will also carry the hopes and expectations of millions of the party’s supporters nationwide.

He also expressed his belief that the Forum, made up of professional elite, will be of great benefit to the party and Nigeria because of its leadership and quality of professionals on its board of trustees and as members, who he noted are not just politicians, but people who have distinguished themselves in their respective fields.