President Muhammadu Buhari has restated the Federal Government’s commitment to flush-out banditry perpetrators and protect citizens from the onslaught of all forms of criminal activities in the country. 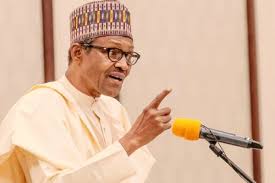 Buhari gave the assurance on Friday, when the Federal Government delegation paid a condolence visit to Gov. Aminu Tambuwal over the killings of 23 travellers by suspected terrorists.

This is contained in an issued statement by the Special Adviser to the governor on Media and Publicity, Malam Muhammad Bello, yesterday in Sokoto.

The president’s condolence message was delivered through the Head of the Federal Government’s delegation and National Security Adviser, (NSA), Maj.-Gen. Babagana Monguno (rtd).

Monguno commended Governor Tambuwal for shoving aside an official trip to receive the delegation at a short notice.

Responding, Tambuwal said Sokoto State was in the appalling grip of bandits and kidnappers marauding and scaring the populace in recent times.

Tambuwal said the situation was exacerbated by the influx of bandits and criminals displaced by the on-going ‘Operation Hadarin Daji’, to end the nefarious activities in neighbouring Zamfara State.

Governor Tambuwal had earlier confirmed that 23 travellers were killed when the bandits attacked and burnt their vehicle on Dec. 6, in Isa LGA of the State.