…Says over 30,000 Boko Haram fighters have surrendered to Nigerian Army

Borno State governor, Babagana Zulum, has expressed confidence the menace of Boko Haram terrorism will vanish before President Muhammadu Buhari hands over in 2023. 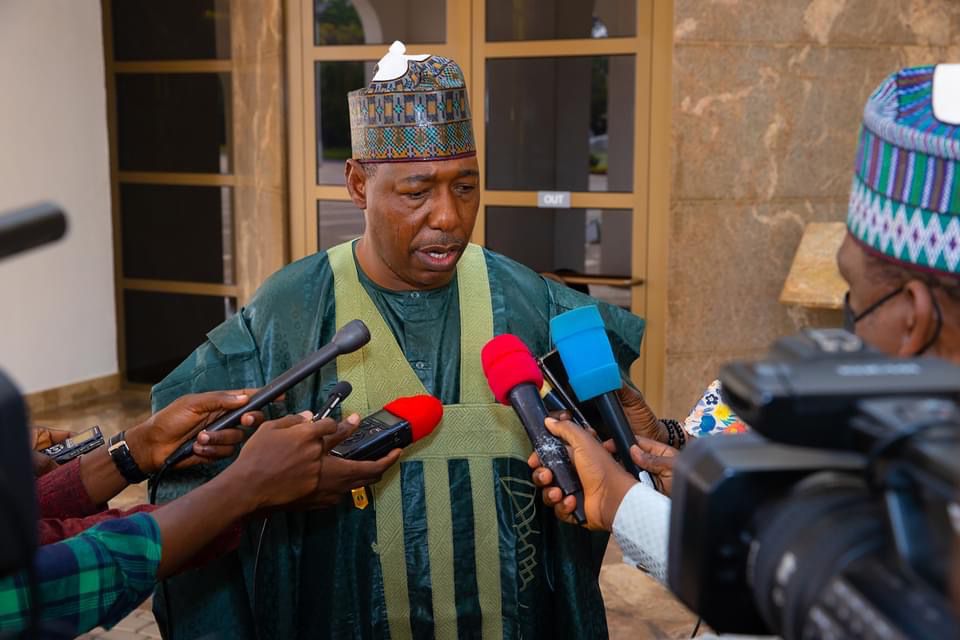 Zulum stated this shortly after he met with President Muhammadu Buhari at the State House yesterday at the Presidential Villa in Abuja, to apprise him of progress in the surrendering of Boko Haram terrorists

The governor also disclosed no fewer than 30,000 repentant terrorists from the Boko Haram and Islamic State’s West African Province (ISWAP) groups have surrendered to the government so far.

He however clarified that the Borno State government does not offer any incentive to the terrorists to come out of the forests, stating they surrendered on their own.

Zulum disclosed that he discussed the continuing surrender of the insurgents and the case of Internally Displaced Persons (IDPs) with the President. He assured the security situation in Borno State has improved considerably, hoping that things will continue in that direction.

The governor reiterated that kinetic measures alone will not end the war and therefore advised that a political solution be applied.

He said with the way they were massively laying down their weapons, insurgency in the State may come to an end under his tenure “God willing”.

He debunked claims of any incentives, saying the Borno State government does not offer any incentive to the fighters to come out of the forests, rather, they have done so voluntarily.