Renowned Islamic cleric, Sheikh Ahmad Gumi, has disclosed that there must have been something that made bandits to start killing their victims. 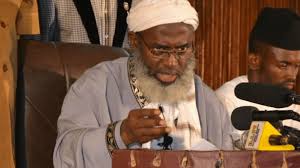 Speaking at a retreat on inclusive security organised by the Global Peace Foundation and Vision Africa in Abuja, the Kaduna-based Islamic scholar said that the bandits were victims seeking justice, adding that they were out to avenge the killing of their family members by the military through airstrikes.

He noted that it was important for the Federal Government to meet with bandits urgently before they become uncontrollable.

According to him, “We all know that bandits initially don’t kill people. They only kidnap people to get money, but something has metamorphosed and turned them into a Frankenstein monster that kills people just for the pleasure of it”.

Gumi, who is a known advocate for bandits, recently vowed to stop meeting with them.

The Islamic scholar took the stance following the prescription of bandits by an Abuja Federal High Court.