President Muhammadu Buhari has written a letter to the President of the Senate, Ahmed Lawan, explaining the reasons he withheld his assent to the Electoral Act (Amendment) Bill 2021. 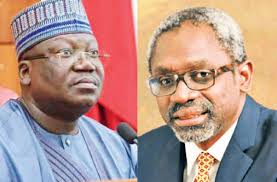 The President, in the letter, said the prevailing situation in the country would not allow him to sign the Bill.

President Buhari cited the high cost of conducting direct primaries, the security challenge of monitoring the election, violation of citizens’ rights and marginalisation of small political parties among other reasons for rejecting the Bill.

The President also said he had received informed advice from relevant Ministries, Departments and Agencies, (MDAs) of the government, and had also carefully reviewed the Bill in light of the current realities prevalent in the Federal Republic of Nigeria in the circumstances.

The president said that it would be better to allow each political party to determine its mode of selecting candidates for election.

The 30-day window for President Buhari to assent the Bill elapsed Sunday night.

Both the Senate President and Speaker of the House of Representatives, Femi Gbajabiamila, had at different times met with the President over the Bill and expressed confidence that he would assent to it.

Recall that the National Assembly had, on November 19, transmitted the bill to President Buhari for assent in line with the constitutional provision.

With this development, observers say governors have now had their way, as they prefer delegates or indirect primaries instead of direct primaries which the amendment sought to impose on all political parties in the country.