Nigeria’s former Senate President, Bukola Saraki claimed he suffered persecution from the executive arm of government simply because he was for the independence of the National Assembly. 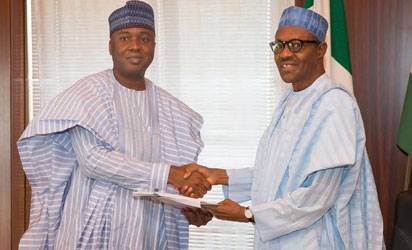 He stated this during a Twitter space discussion on Saturday, hosted by an #EndSARS campaigner, Rinu Oduala.

He commented particularly in response to Aisha Yesufu, activist and co-convener of the Bring Back Our Girls (BBOG), who described the eighth National Assembly under him as being the worst until the coming of the 9th Senate.

Responding to the activist’s comment, Saraki rebuffed Yesufu’s claims as he said the 8th Senate was “transparent”
The former Kwara State governor said he was “persecuted” because he stood for the independence of the National Assembly.
On the #OpenNASS campaign, the former Senate president said the National Assembly under him made the budget a public document.

In response to why he left the APC, Saraki said the failure of President Muhammadu Buhari’s regime under the ruling All Progressives Congress to bring about the needed change made him leave the party.

He further said he had thought the party’s change vendetta was going to help him achieve his agenda for the good of all Nigerians.
On why he supported Buhari for the presidency in 2015, the former senate president said he supported the president with good intentions for change in the country.

The former Kwara State governor explained that he left the ruling All Progressives Congress, (APC), when he realised that the change agenda promised by the party to Nigerians was not being achieved.

Recall that last month, Saraki declared his intention to run for president in 2023 on the ticket of the Peoples Democratic Party (PDP). During the online conversation, participants asked him questions regarding the 2023 general election and his cross carpeting within parties.