Former President Olusegun Obasanjo has re-affirmed his loyalty and commitment to a united Nigeria. 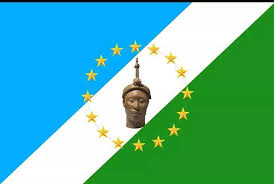 He said he would never support the agitation for a so-called ‘Yoruba nation’.

The Buhari-led administration has been battling with secessionist groups, including the outlawed Indigenous People of Biafra, (IPOB), led by detained Nnamdi Kanu, as well as the Yoruba nation secessionist group spearheaded by Prof. Banji Akintoye and Sunday Adeyemo, a.k.a Sunday Igboho.

According to him, “One thing that we’ve together in common is Nigeria. I have never used the so-called ‘Yoruba nation’, and I will never; because I believe that my Nigerianess is bigger than my Yorubaness, and neither my Yorubaness nor Nigerianess should stand in the way of each other.

“For me, my Nigerianess is very important; because I am more than what I should have been as a Nigerian than as a Oduduwa Republic-man, and I believe that should be the case for every one of us.

“Why should the accident of my place of birth be a hindrance for me as a human being first of all, and for me as a Nigerian?” he queried.