Kano State governor, Abdullahi Umar Ganduje, has said there is no ethnic or religious problem in the State because of prayers and the synergy among security operatives. 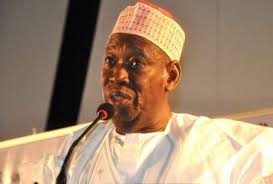 Ganduje stated this at the Sani Abacha Stadium, Kano, where the ‘National Prayer for Peace and Security’ was held, yesterday.

The governor also requested the leader of the Tijjaniyya sect in Nigeria, Sheikh Dahiru Bauchi, who was among the clerics in attendance, to bring the next Maulid of Sheikh Ibrahim Nyass to Kano.

Speaking at the event, President Muhammadu Buhari said the fight against insecurity and other challenges in Nigeria needs divine intervention to complement the efforts being put in place by the Federal Government.

Ganduje thanked President Buhari for his efforts in ensuring peace and security, but noted that only God can guarantee peace and security, hence the need for the national prayer. He assured that Kano will continue to organise the prayer on annual basis.

Buhari, represented by Minister of State for Agriculture, Mustapha Baba Shehuri, said the administration has not, and will not, relax in its efforts to restore peace and security.

Buhari also commended Ganduje for taking steps towards ensuring peace in the country by organising the national prayer. He also called on Kano people to continue to support the Ganduje-led administration, noting that the developmental projects in the State can only be realised where and when peace reigns.

Muslim faithful, in their thousands, attended the programme. The prayer sessions were led by the leader of the Tijjaniyya sect from Algeria, Maulana Sheikh Ali Bil-Arabi, a grandson of the Late founder of the sect, Sheikh Ahmad Tijjani.