The House of Representatives has urged the Federal Government to immediately declare a state of emergency on security in order to curb the incessant killings going on in the country. 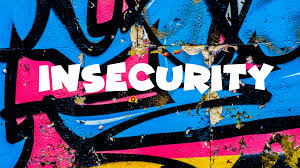 Recall that the House had on April 27, 2021, called on President Muhammadu Buhari to declare a state of emergency, following the growing spate of attacks and kidnappings across the country.

Jolted by the continued criminal activities of non-State actors terrorising Anambra State, the House, at the plenary on Tuesday, asked Federal Government to wake up to its responsibilities of securing the lives and property of Nigerians.

It, therefore, urged the National Security Adviser, (NSA), Inspector-General Police, Director-General of the Department of State Service, (DSS), Army, Navy and other security agencies to form a joint task force to restore security in the State, especially Anambra-South, which is bordering Imo State.

The Motion leading to the resolution was moved under ‘Urgent National Importance’, by Chris Azubogu, representing Nnewi/Ekwusigo federal constituency of the State.

According to him, “Non-State actors, mostly criminals, have taken over part of the State and have been killing innocent citizens, creating fear that well-meaning citizens, including traditional rulers and responsible citizens, have deserted their home towns.

He further said some prominent traditional rulers in the State have deserted their kingdoms and resorted to residing in the State capital, Awka or Abuja.

“These have negatively affected both economic and social lives, increased hardship on the citizens and heightened fear, thereby causing many problems in the society”, he stated.

The Motion, when put to a voice vote, received the support of majority of the House and was adopted.