As part of measures to curb the spread of insecurity especially in the North-West region, the chairman of the North-West Governors Forum, Aminu Bello Masari, has called for permission to allow citizens of the country to bear arms for self-defence. 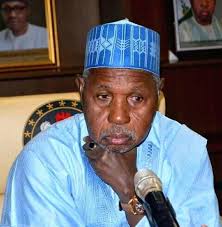 Masari, who is the Governor of Katsina State, said it is totally unacceptable to allow criminals to carry arms and use the same to attack and kill unarmed citizens.

The governor stated this when he led some of his colleagues in the region on a condolence visit to Sokoto State Governor, Aminu Waziri Tambuwal, and the people on the State.

Masari, who emphasised that dealing with insecurity has nothing to do with religion or ethnic groups, said, “We need an unusual approach to deal with these people who are nothing but animals terrorising our people across the country”.

He called for collective efforts by both the leaders and its citizens to take ownership of all its forestry across the country from the terrorists and other criminal activities.

In his remarks, the governor of Kano State, Dr. Abdullahi Umar Ganduje, also described reserved forests, especially in the Northern part of the country as homes of criminals, adding that the call for the reclaiming of the forest is ‘now or never’.

Responding, Sokoto State Governor Tambuwal commended the governors and their entourage for finding time to visit the state at this period of time, and described the terrorists killing people as criminals, who do not have any ideology but target anyone irrespective of religion or political affiliation.

He re-emphasised his call to President Buhari to declare a State of Emergency in those areas occupied by bandits in the country, adding that it will help the military to deal with them in the best language they will understand.

Others on the entourage of the visiting Governors including the former governor of Kano State, Senator Kabiru Gaya, House of Representatives Leader, Hon. Ado Doguwa, members of Kano State Executive Councils, among others.