Ahead of her resumption at the Geneva-based World Trade Organisation, (WTO), on March 1, 2021, Nigeria’s pride, Dr. Ngozi Okonjo-Iweala, has said her performance in office between March this year and August 31, 2025, will open doors for Africans and women to lead international organisations.

Speaking during an interview on a TV programme, the Nigerian development economist said she unabashedly “love being African and being Nigerian”.

Known for many firsts including the first female finance minister in Nigeria and now the first female WTO DG, the 66-year-old Harvard graduate said she hopes her record-breaking wand will pave the way for other competent women to reach the top of the ladder of international organisations.

The ex-World Bank Director has received glowing global applause since her emergence as the new WTO boss this week. With her emergence as WTO director general, Okonjo-Iweala breaks a 26-year record as the first African and first female boss of the global trade and dispute-settlement organisation. 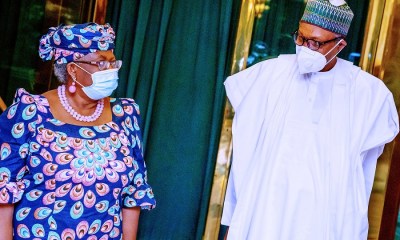 Okonjo-Iweala, who also serves on Twitter’s board of directors, chair of the GAVI vaccine alliance as well as a special envoy for the World Health Organisation’s COVID-19 fight, said she will serve all 164 member states of the WTO.