Former Nigerian Finance Minister and Nigeria’s candidate for the next Director-General of the World Trade Organisation, (WTO), Ngozi Okonjo-Iweala, has expressed gratitude to President Muhammadu Buhari and Nigerians for their unflinching support. 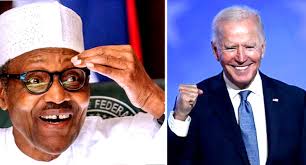 She also thanked the U.S government for endorsing her candidacy.

The Biden administration had declared support for Okonjo-Iweala on Friday, after over three months of the process being on hold as a result of the opposition of the Trump administration which preferred Yoo Myung-hee for the job. But Myung-hee stepped down on Friday, giving way for the Nigerian who will make history as the first African to lead the WTO.

“Thank you friends. Love to my family. Glory to God,” she tweeted.