Ahead of the 2023 elections,  the Alaafin of Oyo, Oba Lamidi Olayiwola Adeyemi, has said he is confident that the Yoruba ancestors would make the national leader of the ruling All Progressives Congress (APC), Asiwaju Bola Ahmed Tinubu, president of Nigeria in 2023. 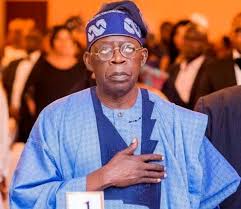 According to reports, the two went into a closed-door meeting immediately after the former Lagos State Governor got to the palace.

Although the APC leader is yet to speak with newsmen about his mission to the palace of the monarch; it is believed that he is soliciting the support of the traditional ruler in his bid to become the president of Nigeria come 2023.

Recall that Tinubu, who is one of the Presidential aspirants of the party in the 2023 general elections, had in January visited President Muhammadu Buhari to register his readiness to contest in the 2023 elections.