Renowned Islamic cleric,  Sheik Ahmad Gumi, has lashed out at President Muhammadu Buhari’s Senior Media Adviser, Femi Adesina, after the latter called him a ‘bandit-lover’ who allegedly discourages the military from onslaughts against bandits in the North. 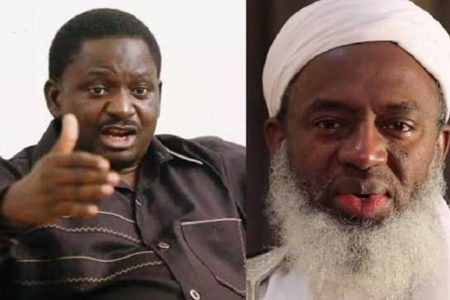 Gumi, who has been at the forefront of negotiations with bandits who kidnap schoolchildren for ransom, had recently called on the federal government to grant amnesty to bandits, warning that military action was not the best solution to their activities.

However, Adesina, in a Facebook post on Thursday, accused Gumi of dampening the spirits of Nigerian troops carrying out offensive against bandits in the northern region.

“A bandit-lover is on record as saying military offensive would not work, and that the bandits “are going nowhere,” Adesina, who didn’t mention Gumi’s name directly, had said.

Gumi, however, responded to the presidential aide in a fourteen-paragraph article titled: “War Has Never Been A Solution Anywhere Anytime” which he posted on his Facebook page, yesterday.

“You bootlicker that called me a bandit-lover! I am not one, but my country-lover, my region-lover, my state-lover, and my people-lover, and humanity-lover,” Gumi said, while also not mentioning Adesina’s name.

The controversial Islamic cleric maintained that the ongoing military onslaughts against armed bandits in Zamfara and other states in northwest Nigeria was condemnable.

The cleric further claimed that only residents of adjoining areas being bombarded by the military were at the receiving end of the onslaughts, as the bandits have already escaped.