According to a source who spoke to newsmen yesterday, the NAF jets’ bombardments also killed no fewer than 78 bandits.

He said, “Air offensive action against bandits in North-West region received a boost in a 3-day intensive military operation led by the Air Component of ‘Operation Hadarin Daji’.

“In its resolve to rid the Region of banditry, the air component focused on locations with a high concentration of bandits, such as South of Dansadau town and North of Kuyanbana Forest Reserves, in Zamfara State. 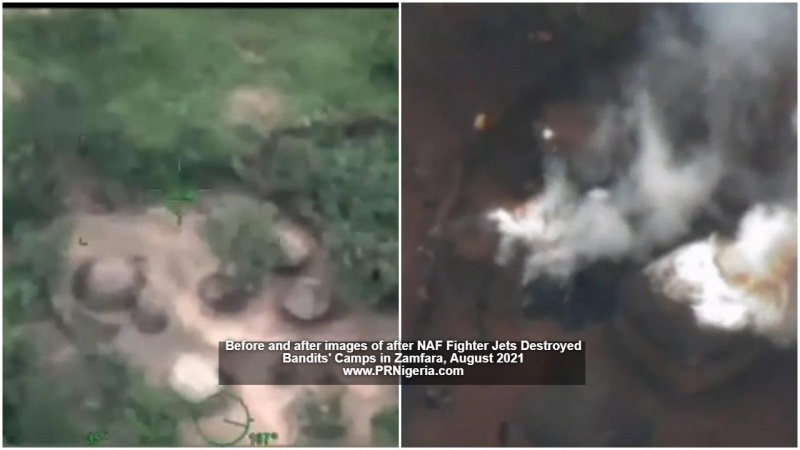 “Further strikes by the air component confirmed a total abandonment of the camp by the surviving bandits”, he stated.

Locals in the general vicinity also confirmed an exodus of surviving bandits from the forest.

In another development, the NAF 404 Force Protection Group stationed in Kaduna, on 4 August 2021, said it has arrested a 48-year-old bandits’ logistics runner named, Aminu Saminu, around the Kaduna International Airport.

During interrogation, the culprit revealed that he usually disguises as a charcoal businessman to purchase food and other items for bandits at Bamba Village, in Igabi local government area of the State.

Useful information by the runner was availed to the Air Component that has engineered focus around the Kaduna International Airport environment and other areas with high bandits’ concentration.