Hundreds of aggrieved Women in Tsafe local government area of Zamfara State have barricaded Zaria-Sokoto road to protest rampant banditry attacks and sexual assaults on women in the communities. 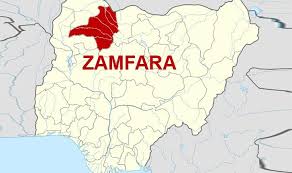 The women stormed the highway and prevented motorists to and from Abuja, Kaduna, Kano, Zamfara, Sokoto and Kebbi states from plying the road.

A passenger travelling from Kano to Zamfara, who identified herself as Zainab, and was trapped on the road, told newsmen that they went through serious hardship as a result of the protest.

According to her, “Travellers on the road were delayed for several hours while others had to abandon their vehicles and trek for several kilometres through farms to bypass the protesting women”.

She said the women were protesting the constant invasion of their communities by armed bandits in the area.

Also commenting, a source, lamented that women were subjected to raping and different kinds of humiliation by armed bandits who were having field day operating in the area. “Majority of our women kidnapped were subjected to sex abuse and no one is safe or free; we are in total fear”, she said.

She said there was no security presence in the area despite rampant banditry attacks, adding that “we have no option other than to resort to protest and block the road as a means to register our grievances to the relevant authorities”.